Some examples of my previous work are here, here, here.

I am mostly going to be talking about an area of research I have been working on involving the creation of musical representations of motion - specifically that of gliding aircraft and similar activities which could loosely fall under the umbrella of flow sports. I’ll start with a teaser of the piece Aileron One and we’ll discuss it in more detail as we go.

What the hell is music anyway?

Though it doesn’t take long to think of examples of sound that is organised, but usually not considered music. Think industrial noises, or the warning beeper on a backing up truck. And there are many examples of music that challenge the definition, such as aleatoric music.

Musicality is an aesthetic sense (qualia) elicited by the subconscious recognition of temporal patterns.

We use our past musical experiences to build probabilistic mental models to answer the following question from moment to moment: Given what has happened in a piece of music thus far, and the current context, what do we expect will happen next?

The downstream effect is that Predictability creates musicality, surprise adds excitement. If the piece is too predictable we get bored. If it is too unpredictable, it doesn’t sound musical.

Interestingly - this view of musicality is built atop predicting events in time, it is not constrained to sound. Theoretically, other time-based artforms such as dance, poetry (i.e. rap), and video, can (i argue do) elicit musical experience. As could other predictable natural phenomena such as a leaf falling from a tree, or a rock skipping on a lake.

So let’s define Music+ as simply patterns in time. This can encapsulate composing, arranging, improvising, and performing. We often see multiple artforms and modalities presented alongside sonic musical performance. From a music+ perspective, all temporal (and contextual) elements of these artworks can be considered to be musical elements able to be composed, arranged, performed, or improvised.

Out of the various modalities, the relationship between vision and sound is likely the most formalised.

Some of my previous work has been attempting to extract the musical qualities present in visual stimuli or vice versa - translating between vision and sound, sound and vision.

But here are other modalities with latent musical potential

Proprioception is our sense of our own bodies movement. We can also consider our empathetic response to the movement of others.

Motion is change in position over time. Thus patterns in motion are music+.

What is super cool about motion is we all have predictive models about the physical world - throw a ball up, we expect it to come down. This predictability gives a substrate for musical experience.

So…. let’s say we want to build a musical system that takes as an input some kind of motion, and as an output produces some sort of sound. If we take on this task, we are leaving behind the safe confines of deterministic music and entering the hazy abyss that is… 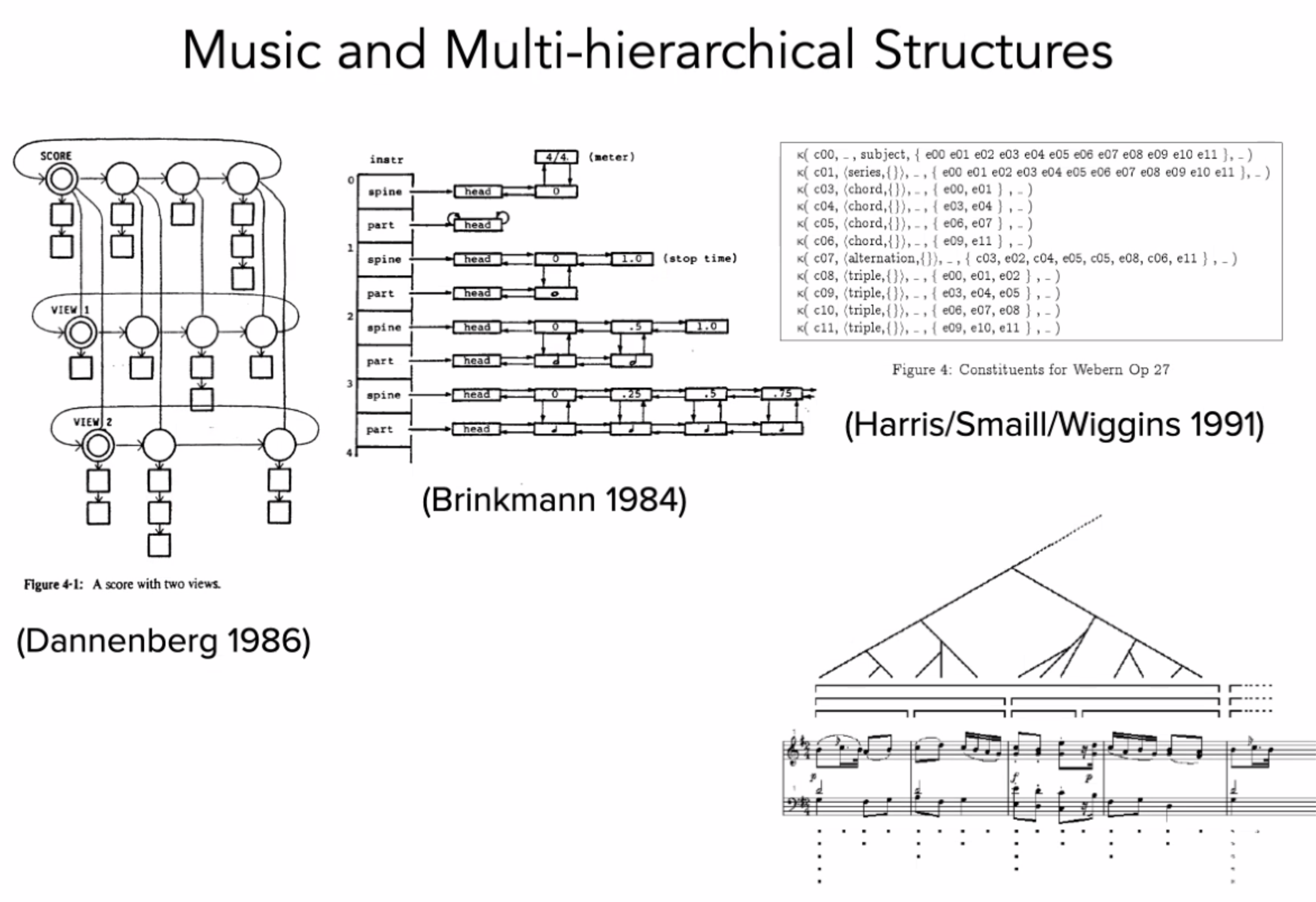 The above collection of diagrams curated by Florian Thalmann.

Space = Sound by Rolf Gelhaar is likely the first ever Spatial Metacomposition:

Dimensions of this compositional space do not necessarily conform to those of physical space. It is non-euclidean and of arbitrary dimensions.

What happens when we change one axis to acceleration? or temperature? or character health? or radiation level?

Now we are beginning to work in a generalised, multi-dimensional composition space. Binding events to points in space helps create predictability, but we have the creative scope to break this expectation 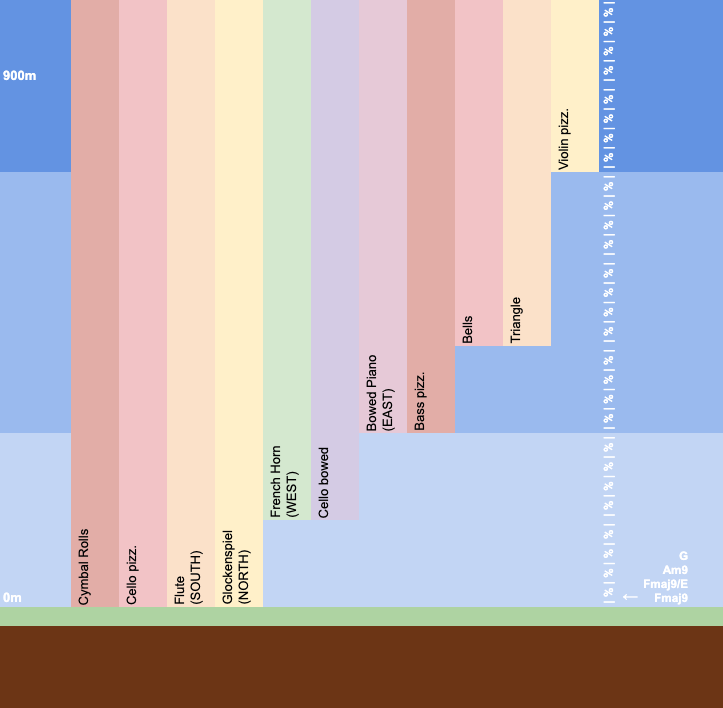 Aileron One is an interactive musical work that uses draws on audio variometer - an instrument used by glider pilots to perceive the vertical velocity - as a jumping off point for the exploration of the musical sonification of gliding flight.

I developed the Aileron tool suite with the aim of being able to quickly compose spatial meta compositions. Aileron One was written as a an investigation of the tools as well as the concept of spatial metacomposition.

My primary take away from this was changes in velocity can change our musical perception (Stockhausen’s unified musical time spectrum). We can manage this by bracketing velocities and composing transitions between these brackets, akin to metric modulation but in space rather than time.

This principle applies to the rate of change of any continuous data source, not just position

The two-dimensional grid of Ableton’s session view became too cumbersome so I decided to build atop a different framework which led to the development of Elevon.

For the development of Elevon, I chose to work in Pure Data because it is cross platform and embeddable (raspberry pi). This project then split in two - elevon for structuring music against n-dimensions of arbitrary continuous data. Music making tools became bop.

Tabs for this talk

oh, you found me